A relationship that’s focused on your needs.

Your family, your business and your possessions are all important to you, but you may not know how to best protect them. We have the experience to navigate the unique risks you face, serving as your insurance advisor.

What Sets us Apart

Our insurance advisors have years of experience in the insurance industry and serve as your advocate from selecting coverage through filing a claim.

As an independent insurance agency we have great relationships with many well-known, reputable insurance companies, giving you the power of choice.

Our insurance advisors have a strong passion for insurance and protecting what you value most in business and in life. We treat our customers like family.

Fulfilling our commitment to service is about more than writing checks. It’s about making an impact. We do that with the help of the Miller Insurance Group family.

Miller Insurance Group was started by Richard S. Miller in 1937. We were very much a “family agency” from then until the late 1990s. In the 1960s Richard’s two sons Douglas and Dan Miller joined the agency. Their wives, Joyce and Jan, also worked at the agency. In 1987, a 3rd generation joined the business when Doug’s son, Greg, moved back to Bremen from Aurora, Colorado. In late 1999, then named Miller Insurance and Real Estate purchased Norcen Insurance, creating a new agency named Miller|Norcen Insurance. In 2015, a 4th generation joined the agency. Greg’s son, Chad, opened an office in Broad Ripple, a cultural district in Indianapolis. The opening of the Broad Ripple office gave us physical locations in Bremen, Culver, and Indianapolis.

On January 1, 2018 we continued our northern Indiana growth by acquiring Countryside Insurance in Wakarusa, Indiana. We are excited to show Wakarusa “our difference” that has helped create lasting relationships across Indiana and our great country.

Indiana Partner of the Year

Indiana Partner of the Year 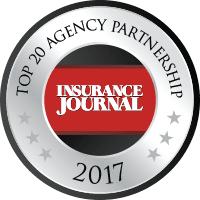